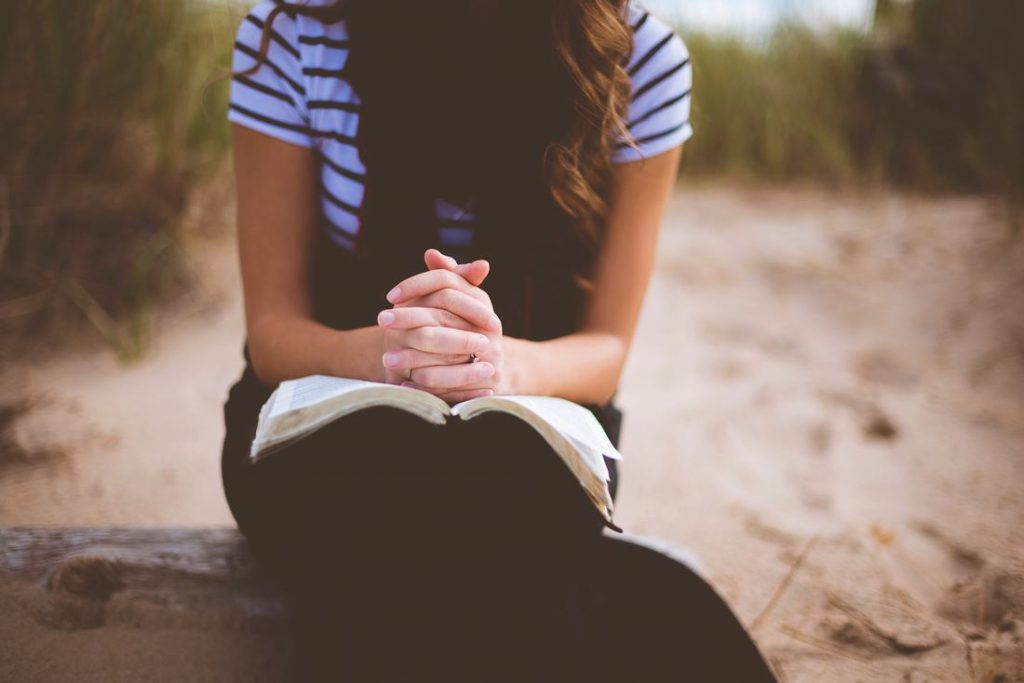 Personal and Precise: The Prayers God Loves to Hear

Man as such is smoke,
woman as such, a mirage.
Put them together, they’re nothing;
two times nothing is nothing.
And a windfall, if it comes –
don’t make too much of it.
God said this once and for all;
how many times have I heard it repeated?
“Strength comes straight from God.” The Message

I first read those words in the summer of 2013. I’d been a divorced, single mom for thirteen years. In 2010, my oldest son Will was killed in an accident. I was just beginning to emerge from a bitter, self-imposed breach from God. During my summer break from teaching, I was diving deep into his word, seeking direction and purpose for my future.

I knew what I wanted my future to hold. There were two things that I longed for above all else. My prayers went something like this:

God, I’ve been wandering in the wilderness for thirteen years. I don’t want to be alone the rest of my life. The son that I have left will soon be grown. I want a companion to walk through life with, someone I can respect, cherish, and enjoy, who in turn respects and honors me. Please bring me a Godly husband, the one you have ordained just for me.

God, you’ve given me the gift of writing. I enjoyed it in childhood, and as an adult it’s sustained me through my darkest days. Now I want to pursue it as more than a hobby. I want to be a traditionally published author in the Christian fiction genre. Please bless my writing and take it where you want it to go.

But as I prayed I was plagued by doubt. Was it selfish to pray for my dreams to come true, or should I just pray for God’s will to be done in my life? What if the things I prayed so desperately for weren’t in his will for me? What would become of all those prayers then? Was I wasting time and energy praying for things God never intended to give me?

On the other hand, why should God give me what I never bothered to ask for? I tried to split the difference by praying Psalm 38:9. Lord, my longings are sitting in plain sight, my groans an old story to you. The Message

I thought, God already knows what I want. I don’t need to specifically name things every time I pray. But this felt like a cop-out, like I wasn’t taking an active role in my own life. I never hesitated to pray for specific things for my son, including a Godly spouse for him in the future. Was my hesitation to pray for specific blessings for myself born out of a fear that God wouldn’t answer, or that he’d see me as selfish?

Later that summer a Bible study directed me to read Matthew 20. In verses 29-34, Jesus passes two blind men who cry out to him.

Jesus stopped and called over, “What do you want from me?” They answered, “Master, we want our eyes opened. We want to see!” Deeply moved, Jesus touched their eyes. They had their sight back that very instant, and joined the procession. The Message

Not only did Jesus stop and listen to the two blind men, he asked them what they wanted of him. They told him exactly, specifically, what that was. Whether he restored their sight or not was up to him, but he was deeply moved by their request, touched by their faith that he could restore their sight if he chose to. He wasn’t offended or disgusted by their petition.

Like the blind men, my eyes were opened. God wanted to hear my requests, so I would pray specifically for them. But were my desires in line with God’s will? Did he want what I wanted? I didn’t know, but my discovery of Psalm 62 made me realize that God was cognizant of my desires, and he listened to and cared about my prayers.

Man as such is smoke, woman as such, a mirage. Put them together, they’re nothing. Two times nothing is nothing.  Psalm 62:9

In my mind, this verse clearly referred to marriage. The negativity in it startled me, until I read verse 11.

How many times have I heard it repeated? “Strength comes straight from God.”

Okay God, I see your point. Even if I was blessed with a Godly marriage, I shouldn’t rely solely on my husband. Strength comes straight from God.

Then there was this part: And a windfall, if it comes – don’t make too much of it.

I translated windfall as my second request, landing a book contract. Don’t make too much of it. God spoke definitively to me about my requests through this passage. His message was clear –  Realizing your dreams may be thrilling, and though I may grant your requests, nothing is as important as your relationship with me.

I took this message to heart. I continue to ask for the things I deeply desire, when I feel they are in accordance with God’s will. In my limited knowledge, I’m often mistaken about this. I’ve prayed for many specific things that have not come to pass, probably because they would’ve done me more harm than good. But I believe God honors our heartfelt, humble requests, whether he grants them or not.

In November 2014, I met my future husband. He didn’t just appear on my doorstep, although my prayers implied I would prefer it that way. It took persistent friends encouraging me to join eHarmony, then it required a leap of faith to show up and shake hands with a stranger in the Olive Garden lobby. In June 2017 I married the man I had prayed for.

As for my other request, God granted that one too. In 2015 I signed a contract with Bold Vision Books. My first novel, Doubly Dead, was published in March 2017.

I thank God for these blessings every day. Of course, prayer should be more than just asking God to fulfill our desires. Confession, praise, and intercession also play a role in a healthy prayer life. But one thing I thank God for is showing me that he cares about my dreams and desires. Jesus’ conversation with two blind men on the side of a dusty road gives me courage to lay my requests before God.

Menu
Stay in touch!Enter your email to hear about my latest releases and more.